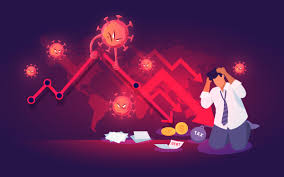 Covid19 has brought our economy onto its knees with 50% unemployment and increasing overall poverty.

Ironically, leaders at the South African Airways (SAA), Denel and other State Owned Enterprises (SOE) do not seem to care about the misery of regular folk who struggle to survive.

The article “Denel chief backed deals” Argus 0ctober 29th explains that Denel which feeds on our taxes admitted to outsourcing contracts to Gupta linked firms at a 15% higher cost. The work could have been done at Denel, but to enrich a few, contracts were given to “friends” of politicians.

Why do we need a weapons producer at all? If they produce for export, why must taxpayers cover losses?

Annually about 20 000 South African’s are murdered. We are not safe in the land of our birth and the ruling elite has proven that they unwilling or unable to reduce corruption which increases unemployment, poverty which leads to more crime and futility. Our society is one of the most violent on the planet and this must be reversed.

Sustaining Denel with tax money is a joke as only a few benefit. Denel has no value as we can buy weapons for cheaper from overseas when required. When Denel reduces crime, then we could review their value to society.

The same principal applies to SAA which is a supporter of elitist profit. Majority locals will never fly SAA as it is costlier than other airlines. SAA exists to enrich a few and it is insulting to expect taxpayers to sustain SAA.

Sustaining Denel and SAA etc. with bailouts in a pandemic infers the elite favors profits for a few above the taxpayer and poor who have limited access to housing, electricity, water and food to sustain their families.

Voters must show the ruling elite that we will not vote for them again. As long as the elite can access our tax money they will fund their friends with corrupt deals. Those living in shacks and begging in traffic are forgotten.

Voters must simply identify the corrupt businessperson, the politician and then punish the political party.

Our taxes are not reaching the poor, but guided to persons who seek luxury homes, sports cars and holidays. Voters must stop the elite from funding their friends at taxpayers cost. The elite will not stop by themselves.

Latest from the CMC