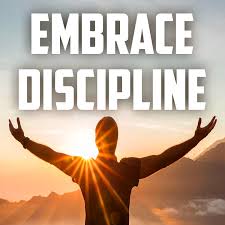 Politicians, the wealth and celebrities monopolize the media with desire for more glory.

This selfish agenda often monopolizes the media to which the rest of us are subjected.

Example, although national elections are months away, politicians have already begun abusing each other. Recently some MPs physically attacked others in parliament, live on TV. What must regular people think when witnessing such thuggery. Thugs that rob people at the bus stop etc. have more dignity. The thug shows you a weapon, then demands your valuables. Politicians insult each other and when some who partake cannot handle the comeback, violence ensues.

Questions: how do taxpayers gain from the ugly fights in parliament? Since an ordinary MP earns nearly a R1 000 000, why do politicians think that it is okay when they display their ego-driven machismo at the expense of taxpayers? Is this thuggery intended to engender respect or draw votes? The constant childish attention seeking of some politicians must end. Their need for fame cannot be at the cost of the serenity of our nation. People lose respect for parliament when MPs behave like thugs. Some folk, may think that if MP’s can behave in that manner then it must be okay.

To prevent chaos in parliament, we must introduce new rules. Example, enforced intelligence and psychometric exam for all politicians. If a person cannot pass grade 10 mathematics or read and write acceptably in at least two South African languages, they cannot become MPs. Those prone to emotional and physical outbursts can be identified via the testing and receive required therapy.

Also if a MP is impolite, the speaker must issue an instant R5000 fine. If they interject uselessly, a R2000 fine will shut them up. Why can a point of order or clarity not wait until after the person has spoken? Often there are so many interruptions, it is impossible to follow the discussion.

If a person cannot behave with dignity in parliament what possible value can they offer our nation?

Latest from the CMC